We decided to spend our last day on our trip at Versailles, or more precisely, the chateau and gardens at Versailles.

Versailles is very easy to get to from Paris, it is served by the RER A line and from our hotel, it only took about an hour. We followed the advice of our guidebook and stopped in at the Tourist Information office in Versailles, and purchased “le Passport” which is a pass that enabled us to visit all the various elements of Versailles. This pass is available at Versailles itself, however there was no line at the TI so that in itself was worth the extra 2.00 service fee. The palace itself is only about a five minute walk from the train station so it’s easy to get to.

After going through security, we picked up our audio guide that comes with the entry to the palace. We then joined the hordes of other folks there for a wander through the most opulent palace in Europe. Everything in the palace was done to impress and to cement France as the centre of Europe in the mid 1600’s through to French Revolution in 1789. It’s filled with beautiful artwork, sculpture and furnishings from the period. Much of the palace was looted during the French Revolution so much of the furnishings now are either reproductions or in some cases, the originals brought back after some detective work by the museum.

The gardens at Versailles are as impressive (or perhaps even more so if that’s possible), than the palace itself. The gardens are 800 hectares (yes, you read that right) and are spectacular. There are 50 fountains and numerous smaller palaces and gardens though out the property. The gardens themselves are free to enter (most days) and are a source of recreation for runners, cyclists and rowers. We are here too late in the season to see the fountains actually working but they would be spectacular. 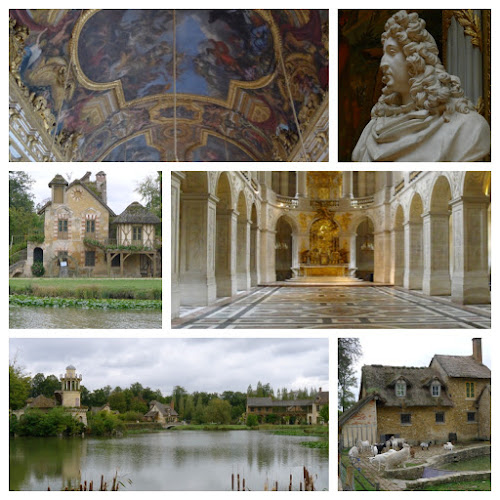 We spent some time wandering around and grabbed a surprisingly good chicken sandwich at a little spot close to the Petit Trianon which was one of the smaller palaces used when the kings wanted to get away from the larger palace. We spent some time at the Hameau de la reine which is a little village that Marie Antionnete had built so she could pretend she was in the country. It has a working farm, vegetable gardens and a selection of livestock including chickens, ducks, sheep, goats, cattle and rabbits. We didn’t get a chance to see this part of Versailles the last time we came. It’s well worth the trek. It’s about a 40 minute walk from the chateau. There are also golf carts one can rent as well as a tourist train you can hop on if you’re so inclined.

We headed back to our hotel for a small break before venturing out for our last dinner of the trip. We decided to head back to the first place we stopped at when we got to Paris last Friday, Cafe Richard. It was a fantastic last meal, Deanna had her new favorite sandwich, a Croque Madame and I had one of the best steaks I’ve had in a long time. It came with creamy potatoes, green beans and a baked tomato. We finished off with some chocolate cake and crepes.

And that intrepid reader is the end of our trip. We board a flight to Frankfurt at 6:40 am and then back to Calgary. I’ll post some final thoughts in a few days but for now, Au reviour and thanks to everyone that sent words of encouragement and emails throughout the trip. They meant the world to Deanna and I and it was nice to keep in touch with folks on our adventure. 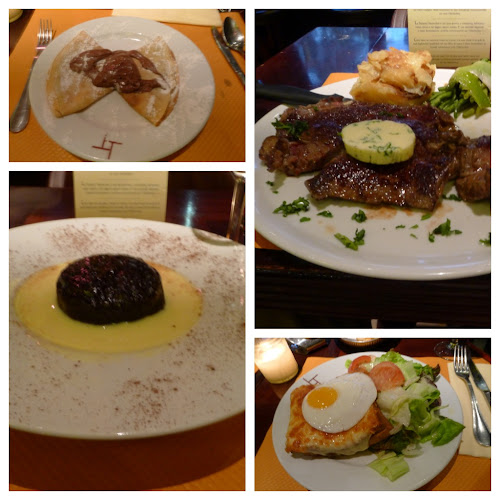