Today we spent more time in Paris, walking around and just being part of the city again. We headed over to Montmartre, which commands some of the best views of the Paris skyline and is home to the Sacre Coeur Basilica. This church is relatively new having been started in 1875 and was consecrated just after WWI in 1919. Deanna found a cat (actually the cat found her), and was her best friend for a few minutes while she fed a bit of leftover lunch.

From there we took the metro to the Champs lyses and just wandered about for a bit. Again, the weather was not great today, a bit windy and chilly but it is October after all. After not spending a fortune on anything, we headed back to the hotel for a bit of a break. 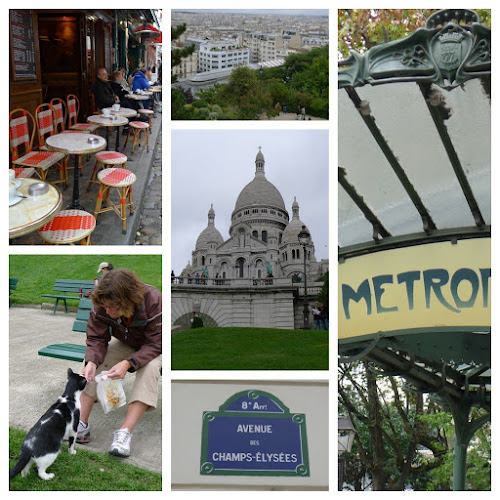 Dinner tonight was at “The Moose” which is a Canadian bar that is literally the next block over from our hotel. I noticed an advertisement for the bar in the Metro and after looking at their menu, knew we would have to stop by. Apparently it’s one of a handful of places that caters to the Canadian expat crowd (and locals). They show hockey games and football games on televisions, have Canadian beers and serve typical Canadian pub fare. For us, that meant nachos for Deanna and a burger and fries for me. Both, very tasty, and totally not French.

After dinner, we headed to Pont-neuf for an hour long boat tour on the river. It’s another perspective seeing the city of lights at night from the river. It’s very beautiful. We thought briefly about doing a dinner cruise but from all we’ve read they are very expensive for what you get. It was a great experience, wonderful to see the city and something everyone should do if they get a chance. 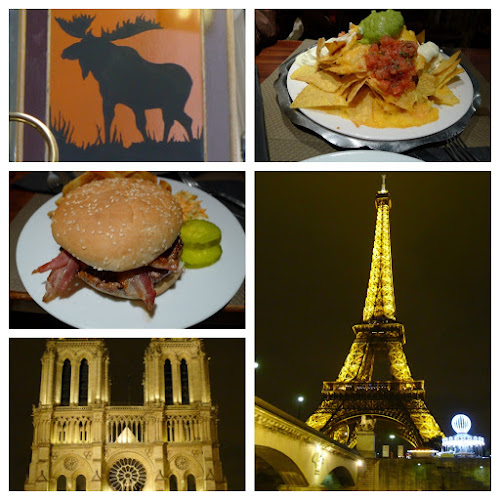