One can’t think of Paris without thinking about the museums and monuments that are found here. The amount of art and culture that is centered in Paris is really quite overwhelming. People have dedicated entire careers to the art and found in Paris. We’re not that quite adventurous. We started the day with a visit to the Orsay Museum. Now I know what you’re thinking. Paris? Shouldn’t you be at the Louvre? Well yes, however we did visit the Louvre on our last visit so I thought we would check out the Orsay.

We decided to buy a two day Paris Museum Pass which allows us to visit over 60 museums. There are two benefits to the pass. One, it is most likely cheaper than paying admission to the individual museums and two, it allows us to skip the lines to buy the admissions at each of these museums. Time is important and waiting around in lines is no fun.

The Orsay museum was opened in 1986 in a decommissioned train station. It is a grand old building that was going to be demolished but someone had the idea of moving works from other museums that cover the period of 1848 to 1914. There are many famous works in this museum by such painters such as Monet, Manet, Degas, Renoir, Czanne, Seurat, Sisley, Gauguin and Van Gogh. It contains sculpture, furniture and photography from this period as well. It’s a large collection, but is not overwhelming like the Louvre.

We had another audio guide in podcast form that from our guide book that we listened to. It covers most of the highlights in the museum. The problem we had is that the museum is undergoing some renovations and some of the paintings were not where they normally were, some were away in storage or out on loan etc. It was a bit confusing trying to find the commentary to go with the works that were available but in the end, it all worked out ok.

After a couple/three hours, we walked to Les Invalides which is where Nepolean Bonaparte&8216;s tomb is as well as a French Military Museum. The tomb is a very impressive space with a huge dome and beautiful artwork. We didn’t go through the military museum and instead decided to walk to the Eiffel Tower.

Our museum pass doesn’t cover the elevator ride in the Eiffel Tower and we really weren’t thinking of going up again as this was something we’ve done in the past. It’s worth doing for sure, but if you decide to go, buy your tickets ahead of time instead of just walking up and buying them onsite. The lines were massive and the day was not great, cool windy and bit rainy, so it wouldn’t have been worth the time to get up there anyway in my opinion.

Instead, we opted for lunch. We found a little bistro very close to the Eiffel tower and had a bite to eat there. Deanna has been wanting to try a Croque Madame sandwich which is basically a ham and cheese sandwich with a fried egg on top. She really enjoyed it even exclaiming that she might like it better than a Monte Cristo sandwich which is very high praise indeed. Deanna fell in love with Monte Cristo sandwiches on our last trip to New York and makes them at home at least once a month. I suspect we’ll be trying to recreate Croque Madame sandwiches in our near future. I had steak-frites which was pretty tasty.

After lunch we hopped on the Metro to walk up the 274 steps of the Arc de Triomphe. With our handy dandy museum pass we were able to skip the line and basically head right up. The views from up top are quite spectacular with vistas looking down the grand boulevards of Paris, to the Eiffel tower, Sacre Cour etc. As I mentioned, the weather wasn’t great but at least it wasn’t raining when we were up top. It was quite blustery,cold and cloudy though so after a few photos we headed back down the steps and back to the hotel via the metro for a bit of a break.

We decided to head to a movie and (google) found Les Trois Luxembourg a little theatre a 10 minute walk from our hotel that was playing (quite appropriately) Midnight in Paris. A film starring Owen Wilson by Woody Allen. It opens with a number of scenes of Paris and I found myself saying, yep we were there today and hey there’s somewhere we saw yesterday etc. It was quite surreal actually. The story itself is interesting, Owen plays a Hollywood screenwriter who is trying to write a novel and is in Paris with his fianc. There is a historical element in which Paris from the 20s plays a big part and some of the characters of the time intertwine into the story. Scott Fitzgerald,Hemmingway, Gertrude Stein, Cole Porter and others. It’s actually really well done and Paris itself plays a big role in the movie. It wasn’t a typically hollywood blockbuster which was great. Sitting in a little theater in Paris with a bunch of other Parisians watching a film about Paris just seemed, well, very cool and one of those serendipitous things that happens rarely.

After the movie we wandered back to one of the main streets close to our hotel and grabbed a slice of raspberry tart and a hot chocolate and watched a very busy Saturday night in Paris unfold before us. Many many people around eating and enjoying their city. It’s fun to be part of, even for a little bit. 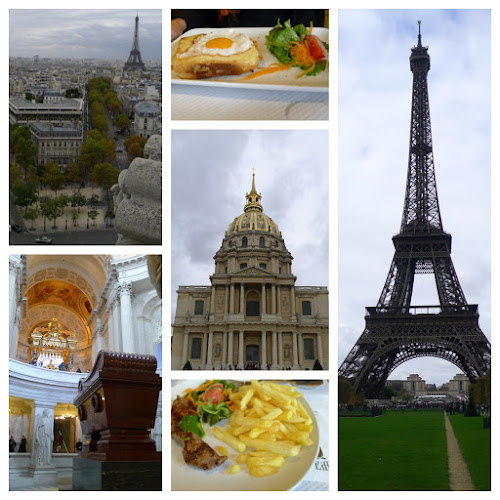