Today we travelled to our last city in our European adventure, Paris. We checked out of our hotel in Reims and boarded a non-stop TGV train to Paris-Est. In 45 minutes we were there and hoped on the 4 line of the Paris metro which took us to the Odeon stop, a 10 minute walk to our hotel. The train/metro system in Paris is so easy to use, it’s great.

We made it to our hotel and dropped off our bags as our room wasn’t quite ready yet. We headed towards the Luxembourg gardens, which are just down the road from our hotel. It was quiet over cast and was raining off and on. We stopped in at a cafe close to the garden for lunch. They had roast chicken on the menu which I’ve been craving for weeks now. Deanna had a salad with shrimp, avocado and smoked salmon. As the weather was a bit crummy, we also had hot chocolate. We haven’t had hot chocolate since we started our trip and it was a treat and just what we needed. 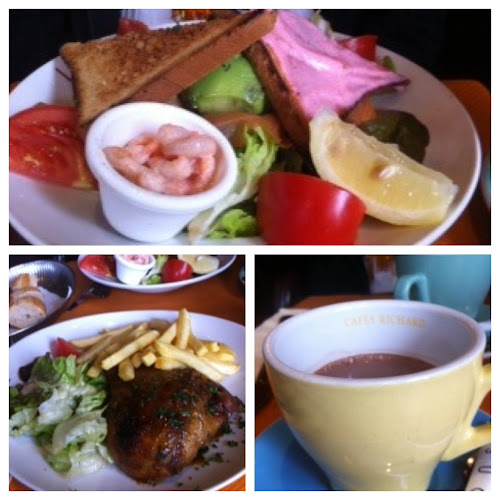 After moving our luggage up to our room, we headed out for a self-guided walking tour. I had downloaded a couple of recordings that go along with our guidebook and with our headphones on we started at Notre Dame.

Notre Dame is a very impressive basilica, made even more so by it’s location on the Isle de la cite. The line to enter was very long but moved at a good pace and we were inside (out of the rain) in no time. We’ve seen some pretty impressive basilicas on this trip including St. Peters in Rome and St. Michaels in Venice. They are more ornate than Notre Dame but there is something about Notre Dame. It could be that it was the first large cathedral that I saw when we first came to Paris nine years ago, I’m not sure. We ended up sitting through part of a mass (which was in French of course) which was interesting even if we couldn’t understand what was being said.

We then headed out of the church and down to the Deportation Memorial. This is a very quiet and moving tribute to 200,000 French victims of the Nazi concentration camps in WWII.

From there, we crossed back over the seine river and into the Latin quarter. We had a quick look around Shakespeare and Company, a venerable Paris institution that originally opened in 1919 and was frequented by now famous authors of the like of “Ernest Hemingway, Ezra Pound, F. Scott Fitzgerald, Gertrude Stein, George Antheil and Man Ray”. It’s crammed full of books, both new and used. It’s a great store that is becoming more and more rare these days.

We wandered through a couple of narrow streets that hint of what Paris would have been like in the early days. We crossed the river again and wandered past Sainte-Chapelle, Palais de Justice and Conciergerie but didn’t go in to look. (The lines were long and we weren’t sure there were worth the entry fee). We ended our tour on the famous Pont Neuf which while named “new bridge” is actually the oldest bridge in Paris. 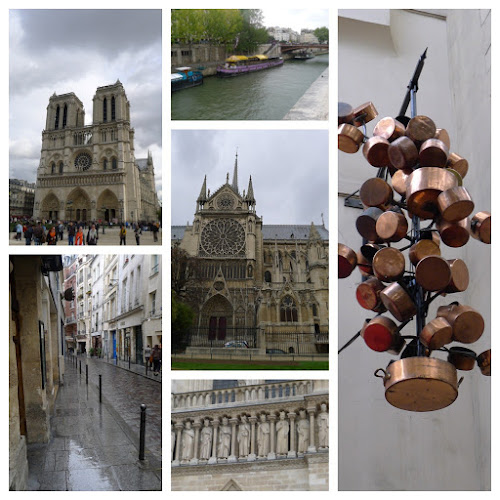